Seven suspected traffic armed robbers were arrested by men of the Lagos state police command yesterday November 10th. Four of the suspected traffic robbers identified as Adebayo Oluwafemi,23, Olanrewaju Abdullahi 19, Olanrewaju Quadri 18, Oladapo Ishola, 18, all residents of Oshodi, all pictured above, were arrested after they attacked one Dare Adewale, while he was driving on the Oshodi Oke bridge. One of the suspects distracted their victim by engaging him on the driver’s side while the other suspects picked up valuables in his car including his Infinix Hot Note phone.

Passersby raised alarm and men of the Anti-robbery squad posted to Oshodi Oke chased the robbers and arrested them. They are currently being detained at the Oshodi police station and would soon be charged to court. 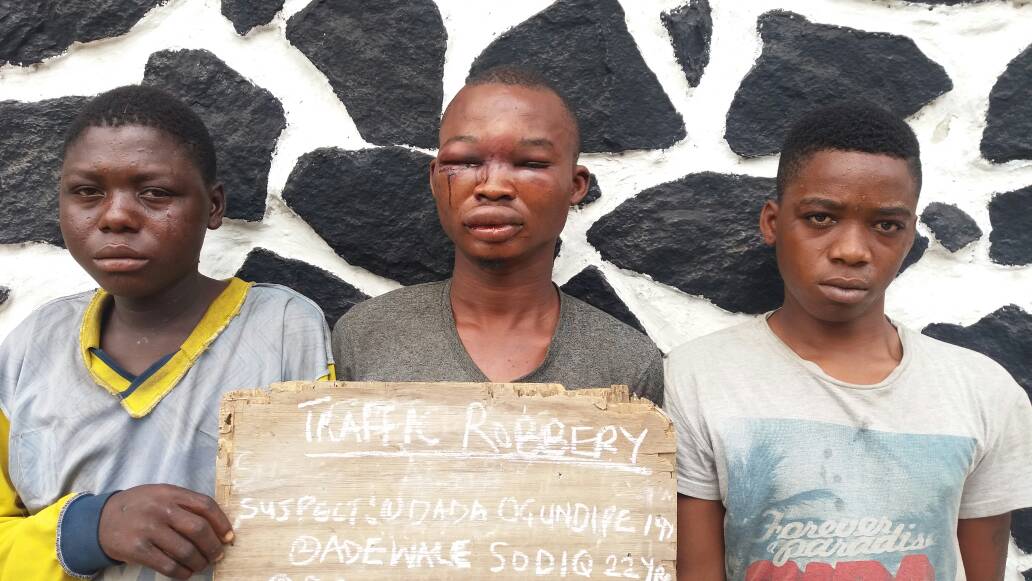 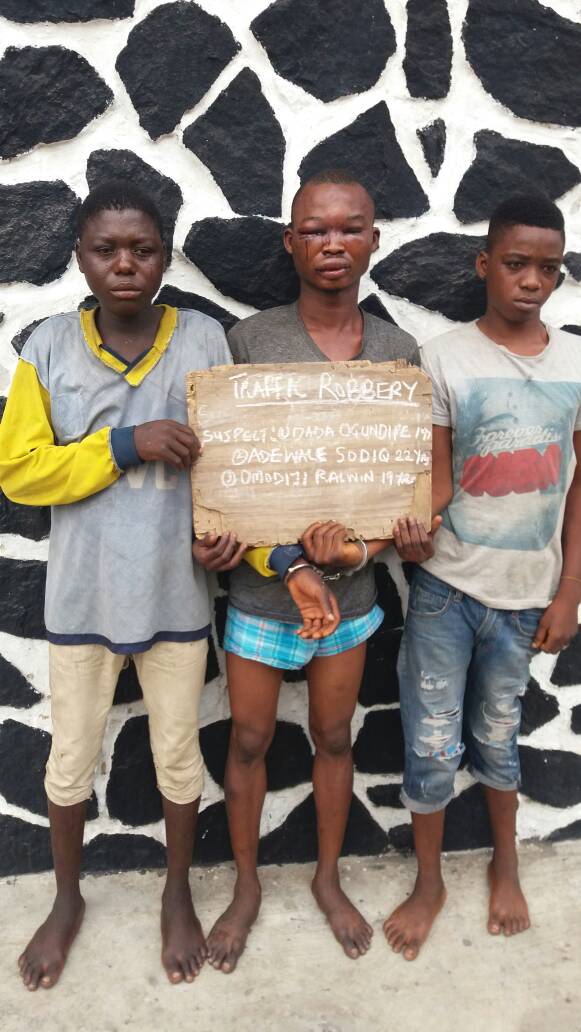