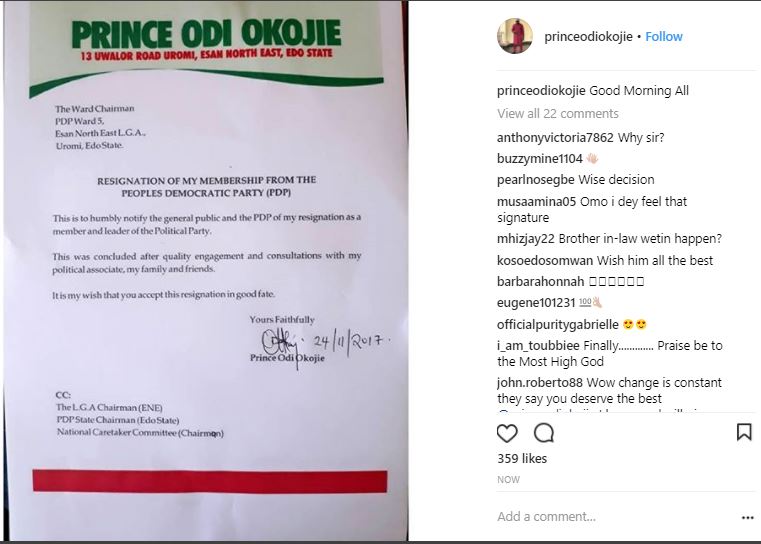 The politician took to his Instagram page to announce the move. He further posted an official letter announcing his resignation. It is believed his exit from the party came as a result of the instability in Edo state. However, he didn’t announce the next party he is joining. 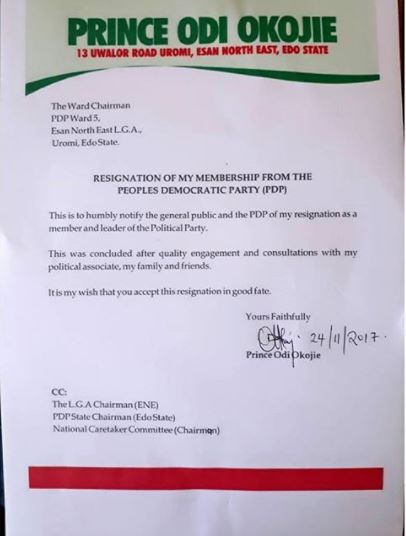