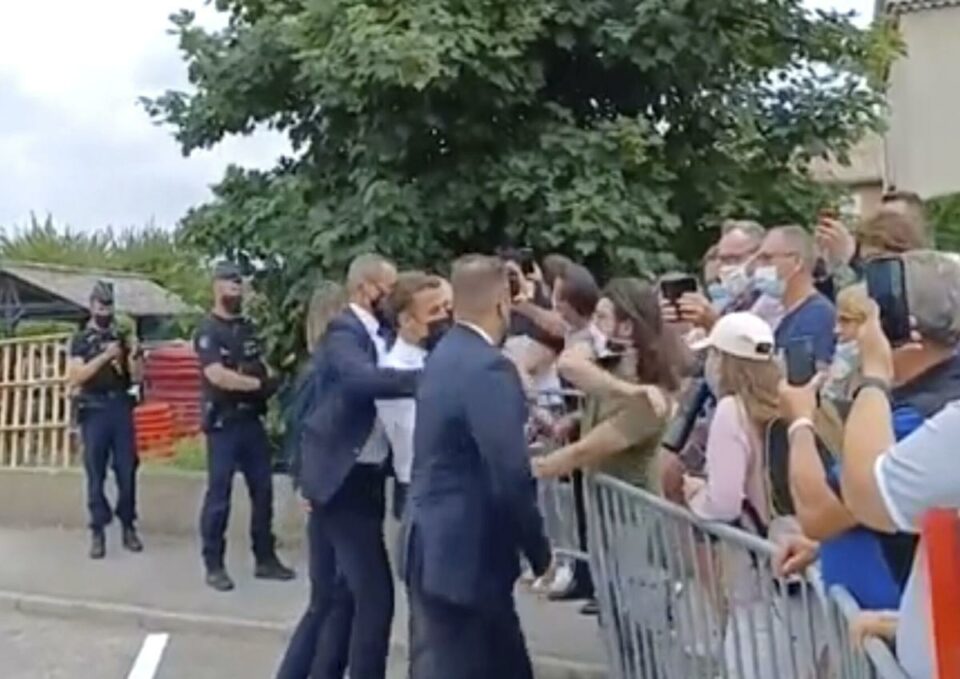 A French court has sentenced a 28-year-old man to four months in prison for slapping France’s president, Emmanuel Macron in the face.

Damien Tarel was quickly arrested after giving the President a slap in the face as the French leader was greeting a crowd.

The court in the south-east city of Valence convicted Tarel on a charge of violence against a person invested with public authority. He was given four months in prison and an additional 14-month suspended sentence, and was banned from ever holding public office and from owning weapons for five years.

BREAKING: Boko Haram Attack Military Base in Borno Ahead of Buhari’s Visit

Biafra: Publish names of those that asked for money, IPOB tells FG