Minister of Justice and Attorney General of the Federation, Abubakar Malami, the Switzerland government and World Bank yesterday signed a Memorandum of Understanding for the return of $321 millions of Abacha loot. The memorandum was signed at the ongoing Global Forum on Asset Recovery GFAR meeting in Washington DC.

He explained that the funds would be returned to Nigeria in tranches under a project known as “the National Social Investment Program” aimed at strengthening social security for the poor in Nigeria. 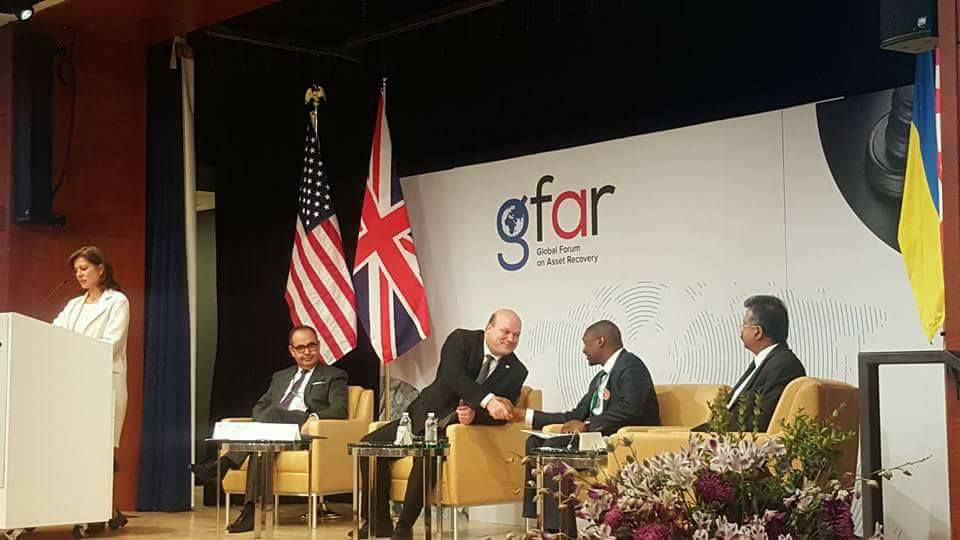 “The MOU stipulates that the restitution of funds will take place within the framework of a project known as the National Social Investment Program that will strengthen social security for the poor in Nigeria. The MOU also regulates the disbursement of restituted funds in tranches and sets out concrete measures to be taken in the event of misuse or corruption. The chosen solution for restitution is being undertaken by the three contracting parties as a partnership” in line with the objectives of Switzerland’s strategy to freeze, confiscate and return the illicitly acquired assets of politically exposed persons (asset recovery) which is based on the principles of transparency and accountability. It also allows the involvement of civil society in the monitoring of the restitution process. Furthermore, the return of these funds makes a concrete contribution to the implementation of the 2030 Agenda for Sustainable Development and can set a good example internationally for future restitution cases.” 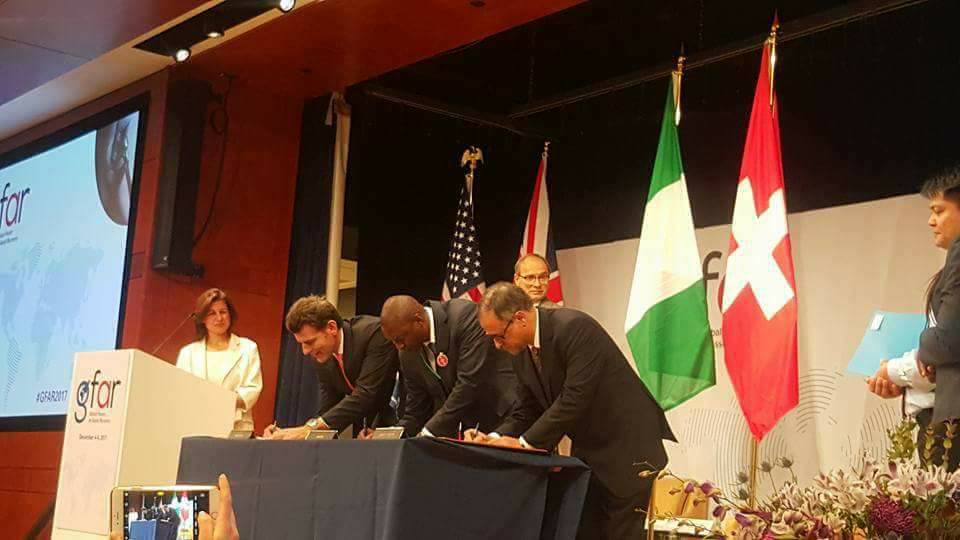 He explained that that the sum of $321m was initially frozen in Luxembourg and confiscated by Switzerland as part of criminal proceedings brought by the public prosecutor’s office of Geneva against Abba Abacha in December 2014.

“The signing of this MoU gives Nigeria visibility and will set precedence on the need for transparent management of returned assets internationally. The GFAR brought together experts from the field of asset recovery to strengthen international cooperation in this area. Nigeria will also use the opportunity of the GFAR meeting at the headquarters of the International Finance Corporation in Washington DC to negotiate the return of other assets and also engage in bilateral meetings with several other countries.”