Fear As Explosives Are Discovered In Primary School in Abia State 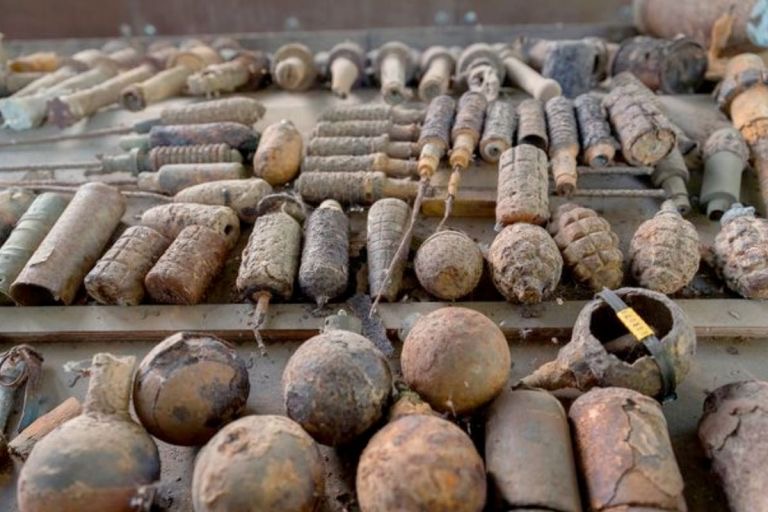 An unusual discovery in a school in a Abia State has led to the closure and its students made to stay home.

“Suspected explosive devices” were found in Union Primary School, Afaraukwa situated in the Umuahia, Abia State. This disclosure was announced by the State Commissioner of Information, Jon Kalu on Thursday, saying immediate investigation has been launched to find out how the explosive landed in the school.

“Abia State Government is currently working with relevant security agencies in the state to unravel the source and nature of the suspected explosive devices found at Union Primary School, Afaraukwu in Umuahia North LGA”

The suspected explosives apparently makes evidence clear that they are antiques alleged to be from some period of civil war era.

According to Jon Kalu, the government is still sticking around to get a report from the EOD squad of the Nigeria Police while investigation proceeds.

He added that serious measures have been taken to safeguard pupils and staff of the school with the security patrols parading the school which is temporarily closed. Operatives of security agencies have been ordered by Governor Okezie Ikpeazu to start proactive checks in any susceptible areas.

This has heightened the level of tension in the schools and the area as a whole. Students have been asked to stay out of the heated zone until the matter is being taken care of by security operatives.

Note: The image used above is just for illustration purposes.